Jacky Connolly / Flannery Silva
10/10/15-11/8/15
PRESS RELEASE
NOTE: Due to the nature of this exhibition, Kimberly-Klark will be open Sundays, 7-9PM ONLY for the duration of Fawn’s Leap, NY. 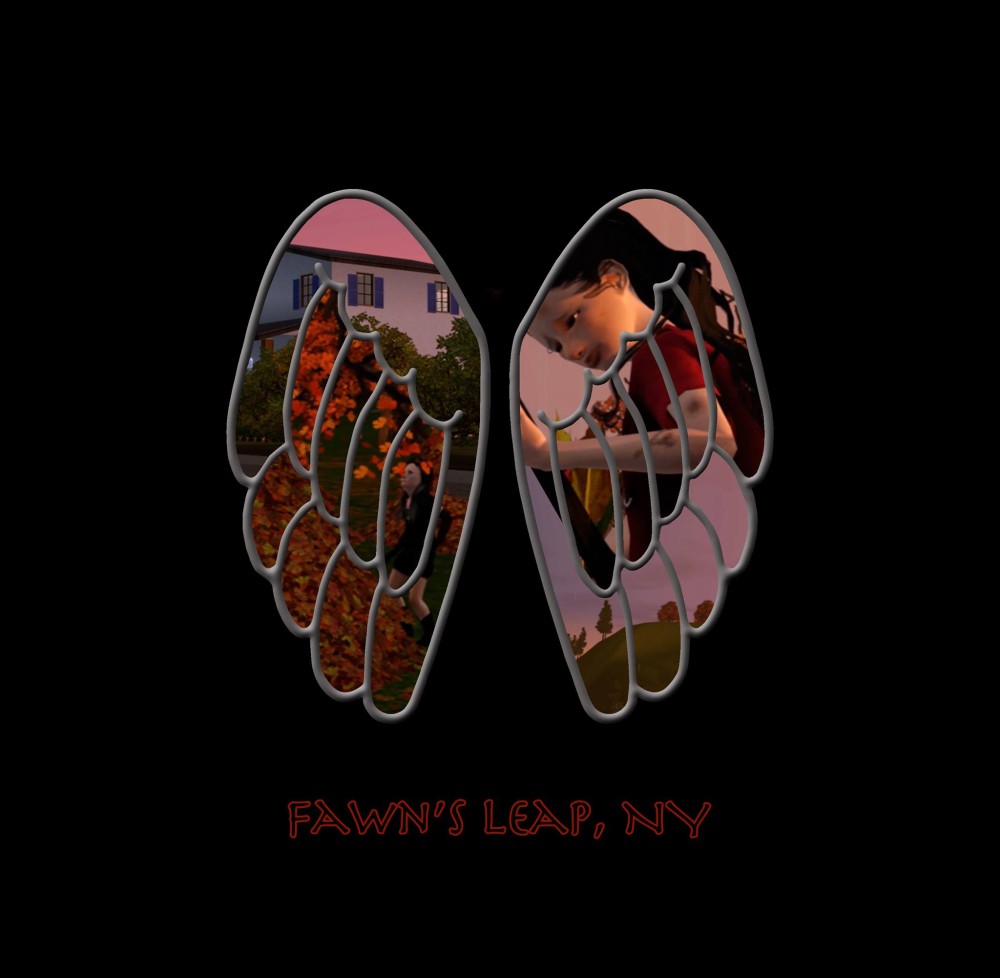 Favorite time of day: the golden hour & the moment before midnight. [An episodic play]. A recurring musical theme. A soiled sock, a cigarette burn. The sun rises and lowers in the sky. The shadows of fallen leaves are cast across the character’s faces. The figures seem to glow or emit a light of their own. [Shafts of light are focused on selected areas or actors. Give accent to certain attitudes in each scene].

The caretaker. She works the late night shift, comes home and drapes her scrubs on the sofa. [Emotional emphasis]. Her nervousness and fragility manifests itself physically in her adult-onset acne infection. She clings to adolescent relics, such as her eyebrow ring and arm tattoo. Self-soothing, she teaches herself guitar. Her mind is occupied with her past; she lives in a memory theater of earlier years spent in the region. [Time: Now and the Past]. She holds a bouquet of plastic autumn leaves in her hand, a security blanket. She has decorated the house with Rite Aid plastic tablecloths and ornamental pretzels. The scent of fresh calzones makes the living room feel like a roadside trattoria.

The sounds of quiet wind, interspersed with heavier wind and rain, permeate their entire universe. The whole landscape becomes an interior, a darkened snow globe. [Fragmentary rather than architectural]. A serious child. [The light upon the Young One should be distinct from others]. She sits poised, questioning authority. She has a facial birthmark that is shaped like the Neversink Reservoir. The communities of Old Neversink and Bittersweet were drowned to form the reservoir – a tale she’s always held onto. She does not like for her hands to be exposed. They are often covered in black elbow-length gloves. She bloomed a mile down the road from The Angels’ Den. [A memory play, seated predominantly in the heart].